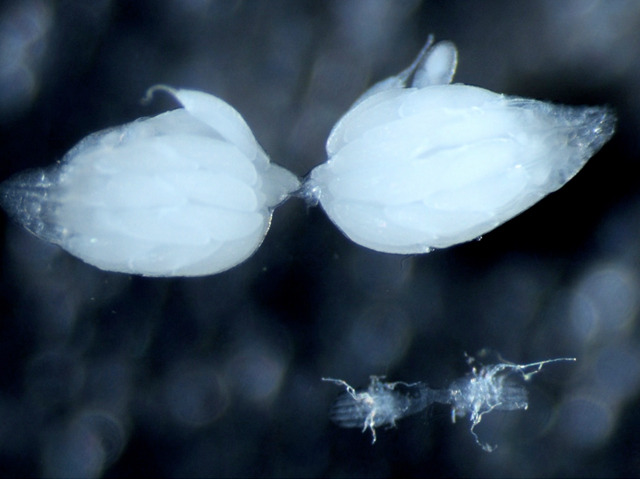 Flies can tell the time. In fact, some species have two body clocks so they know the time of year and day. For decades, scientists have been arguing over whether there is a connection between nature’s two timepieces, the circadian clock that controls daily activity such as sleeping and feeding, and the seasonal clock that is responsible for hibernation, or its insect equivalent, the diapause. Now, researchers have found a link by cross-breeding two varieties of fruit fly. Both have circadian clocks, but only one has a seasonal clock. The resulting hybrids inherit some genes that appear to be common to both clocks. The discovery is illustrated by this image showing two pairs of ovaries from dissected flies, the top pair functioning normally and the bottom pair, from a hybrid fly, shrivelled and rendered infertile by the onset of the diapause.