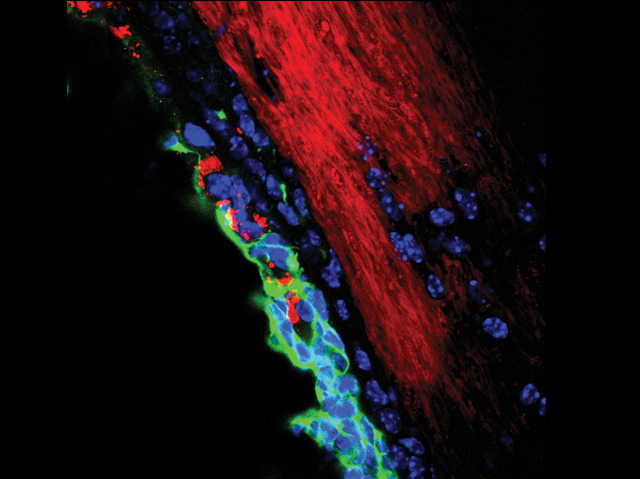 The adult rodent brain makes thousands of neurons [brain cells] every day, but only a few survive and reach maturity. Most die off and are cleared away keeping the brain healthy. A specific kind of proto-neuron – the precursor to a mature brain cell – known as a doublecortin-positive cell has now been found to play a key role in the clear-up procedure in mouse brain. Using a confocal microscope that captures snapshots of tissue at high resolution, scientists found that these proto-neurons (stained green and blue) swallow up tiny bubbles or liposomes of fluorescent liquid (red) that have been designed to mimic dead cells. So these proto-neurons, some of which mature into proper brain cells, can also act as phagocytes – cells that gobble up other cells – maintaining healthy regulation of growth in the mammalian brain.