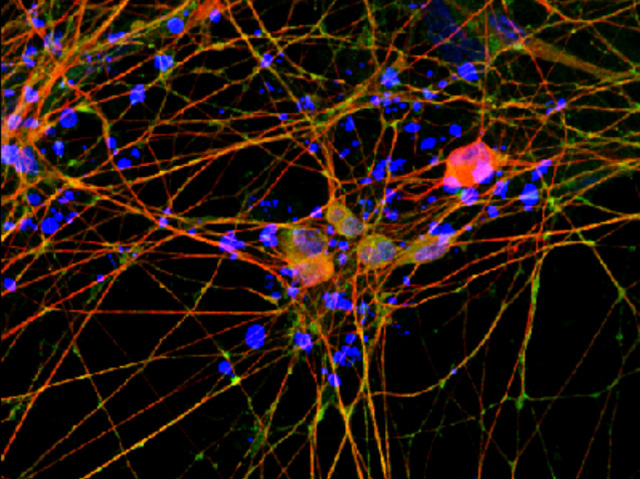 The neurons [brain cells] in this image – in its entirety as wide as a human hair – were grown from stem cells which, when given the right signals, can become any sort of body cell. Neurons have a nucleus (here coloured blue) and a long tail – an axon (red), commonly known as a nerve. A protein known as 4R tau is highlighted in the axons with a green stain. Normally, neurons grown from stem cells have only a small amount of 4R tau protein, but scientists genetically modified these cells to produce much more. An imbalance in the amount of 4R tau relative to other proteins has been found in the brains of people with Parkinson’s and Alzheimer’s diseases. Looking at genetically modified neurons in the lab could yield clues about the relevance of 4R tau imbalance for degenerative brain disease. 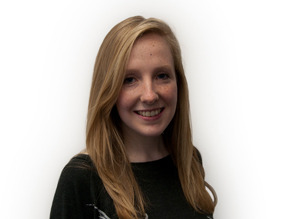 Since completing her physics degree at Oxford, Alice has worked at Wired and Technology World magazines, and was deputy editor of The Oxford Student. She writes on tropical disease and bicycles.