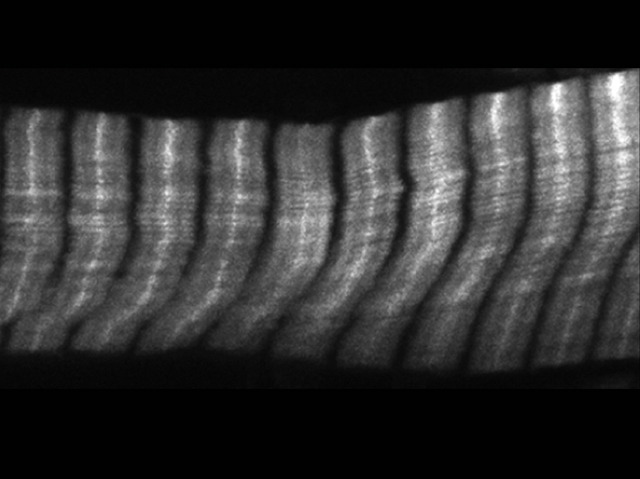 Flying insects can beat their wings up to 1,000 times per second. To do this, they employ a special type of muscle fibre to control their wings, rather than the normal slow-contracting muscle fibre found elsewhere in their bodies. Scientists have found that blocking the production of a particular protein, known as salm, causes insects’ flight muscles to revert to the slow-contracting muscle type, such as the muscle fibre from a fruit fly leg shown here. Equally, by artificially forcing flies to produce salm in their leg muscles, scientists have been able to make these muscles develop into the specialised, rapid flight-type muscles. Does this mean we’re going to be able to do the same with humans one day and produce people capable of running the 100m in five seconds flat? Almost certainly not. But it does mean that we’re closer to understanding some heart conditions, which may be caused by similar genetic processes.