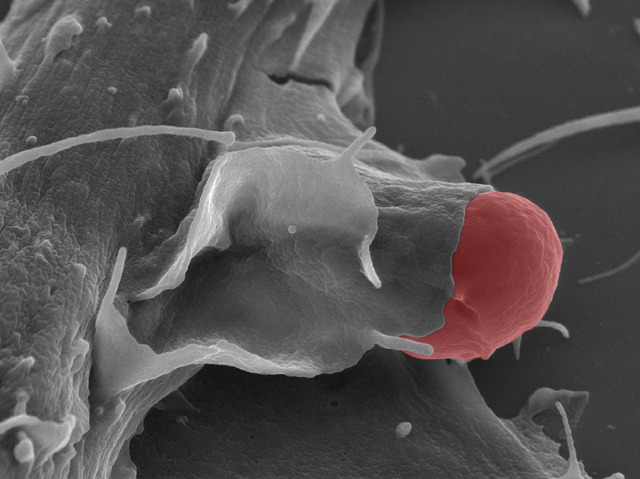 Phagocytes – a type of white blood cell – are Nature's microscopic security guards; patrolling the body in search of harmful intruders. Electron microscopy was used to show how they can tackle a live red blood cell (RBC) identified as dangerous. Researchers mimicked the immune system by attaching antibodies to the RBC which act as cues for the phagocyte to bind to its victim. Once secured, the phagocyte (shown in grey) forms tentacle-like extensions that wrap around the hapless invader enveloping it completely before destroying it with a toxic mix of chemicals. High concentrations of a protein called Rab35 were found in the cell during the process, known as phagocytosis, which suggests it might play an important role in this immune response.