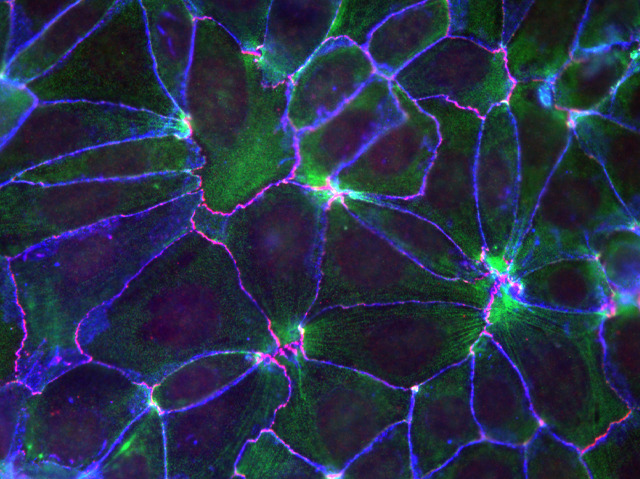 Your skin, the lining of your mouth and other organs are made of tightly-packed cell layers or epithelial tissues, which protect you from injury and germs. Scientists have been studying how these layers retain their structure as they stretch and bend. In this study, biologists applied a force to the adherens junctions that anchor cells together, to see how they develop and shift. The junctions contain a protein called cadherin, which helps the cell ‘glue’ to its neighbours. Inside the cell, cadherins are attached to another protein called catenin, which in turn links to actin filaments (cable-like proteins found in the cytoskeleton or cell scaffolding). Here, we see a layer of cells whose membranes have been fluorescently stained to show where the catenins lie (shown pink and blue). The membranes are underlain by the cytoskeleton (coloured green). 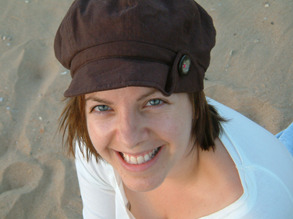 Jenny has written for Defra’s Landscape magazine, the Society for Experimental Biology and BBC Human Mind. She works for the Environment Agency and holds a PhD in environmental chemistry.