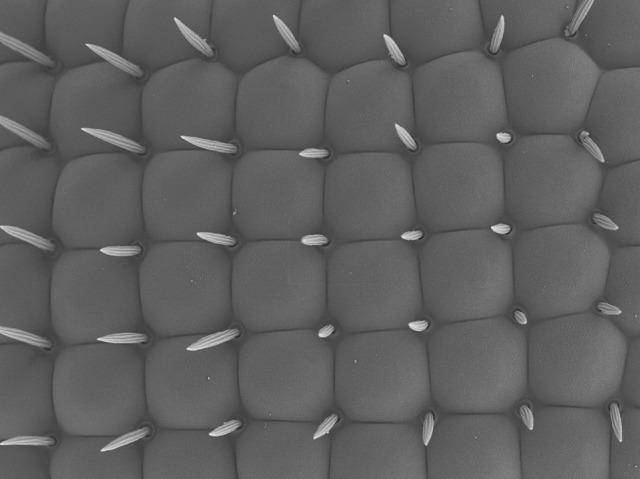 From beeswax sculpted into honeycomb to grains arranged on an ear of wheat, nature’s patterns are everywhere. Early in development, cells (1/600 cm wide) in the retina of the fruit fly, Drosophila melanogaster, arrange themselves into a hexagonal pattern. The process – known as morphogenesis – can be interrupted by the loss of a single gene. Pictured here is a scanning electron micrograph of a fly retina with a mutant form of a gene called dRASSF8. The hexagonal pattern is replaced with a series of square-shaped cells. dRASSF8 is important for cell-cell adhesion, which helps cells assemble into tissues and organs. The human form of the gene (RASSF8) is thought to play a similarly crucial role in development.