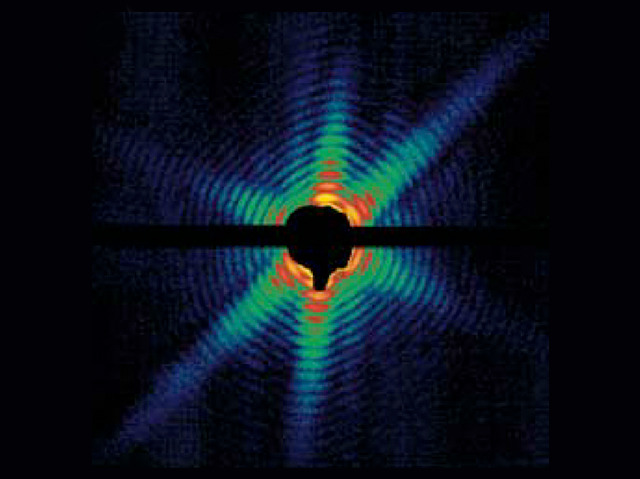 To see molecules in 3D, scientists use X-ray crystallography – a technique in which an electron beam is fired at a crystallised sample. The patterns the electrons make as they scatter are processed to create 3D models. These help drug designers to identify novel ways to disrupt viruses or manipulate proteins . But some molecules defy this method. The mimivirus, for example, has fibres coating its shell that prevent crystallisation. Now, scientists can get a closer look using a device with lasers so intense and fast that they work even with non-crystalline samples. Like high-speed strobe lights, they fire an ultra-bright beam in super-fast pulses, so images can be collected before samples are obliterated. Here we see the pattern from a mimivirus particle, which allows scientists to glean unprecedented information about its structure. With the X-ray free-electron laser, previously hidden aspects of life can now be revealed.