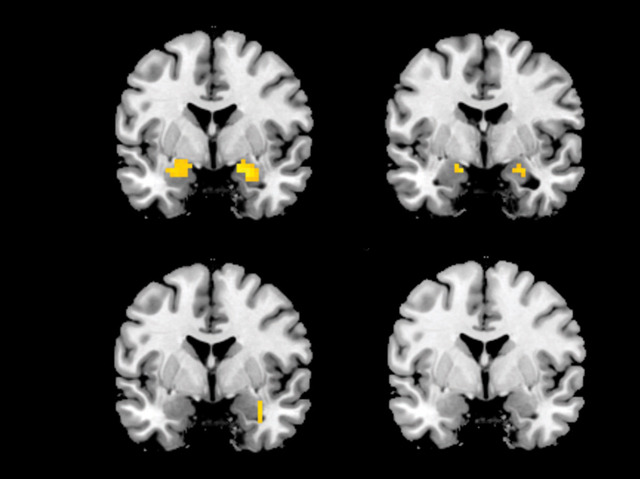 Stressful situations, such as war or accidents, leave behind mental as well as physical scars. When fearful memories surface again they can cause problems such as post-traumatic stress disorder (PTSD). Scientists have discovered that there is a crucial window in which painful memories can be altered and even erased altogether. Using lab simulations, researchers evoked fearful memories in two groups of volunteers. These scans reveal activity in a region of the brain called the amygdala, the seat of fear. The upper images are from volunteers recalling their fearful memory, showing strong brain activity in the amygdala (shown as yellow). The lower images are from volunteers who received a simple psychological treatment while recalling their fear. They show little or no activity, suggesting the fearful memories may have been wiped out. Although it's still experimental, this kind of approach could help to erase painful memories in the future.