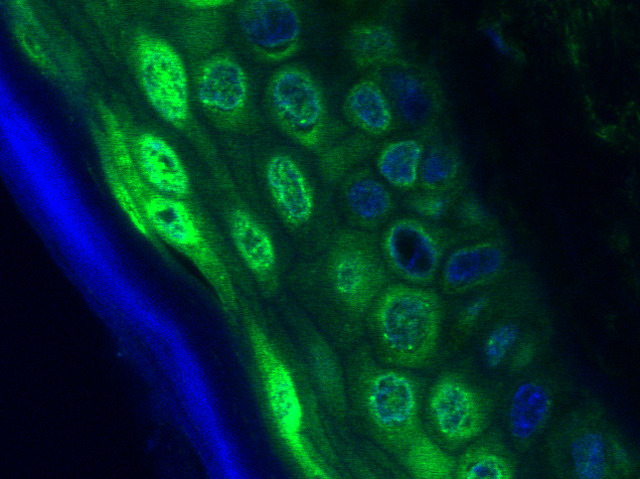 Ask the time of someone not wearing a watch and they may look at their wrist and say, “it’s freckle past hair.” What they may not know, however, is that skin really can tell time. Scientists have taken a closer look at human skin cells (pictured) and discovered that levels of certain proteins in skin depend on the time of day. For example, one protein called KLF9 (stained green), which strongly represses cell division [when one cell copies its DNA to become two cells], was found to be at its most abundant around midday. By preventing skin cell division when the sun is at its most powerful, it’s possible that KLF9 is helping protect the skin against UV-induced DNA damage. Whatever the reason for daily fluctuations in KLF9 and other skin proteins, they help the clock in the skin keep time with a central regulating clock in the brain.