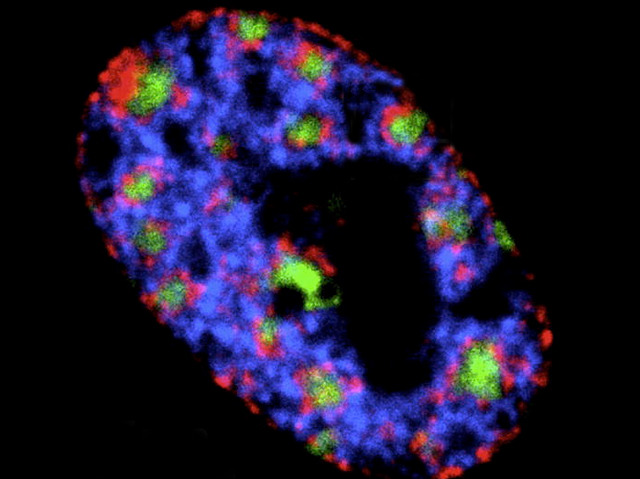 While immortality is considered to be the reserve of gods and superheroes, it is also a property of cancer cells. Normal healthy cells, however, can only copy themselves about fifty times. Biologists describe cells that have reached the end of their ability to divide as senescent. The cell nucleus pictured comes from a recently senescent human skin cell. Its DNA is coiled around structural proteins like rope around a capstan. Regions managing active processes (shown in blue) are loosely coiled and ‘open for business’. In contrast DNA in the green sections is tightly wound and inoperative. As the cell reaches the end of its life, DNA directing cell division (highlighted in red) also starts to coil tightly causing all business to stop as the cell approaches senescence. Understanding this process could also help scientists to steer cancer cells to an early end.