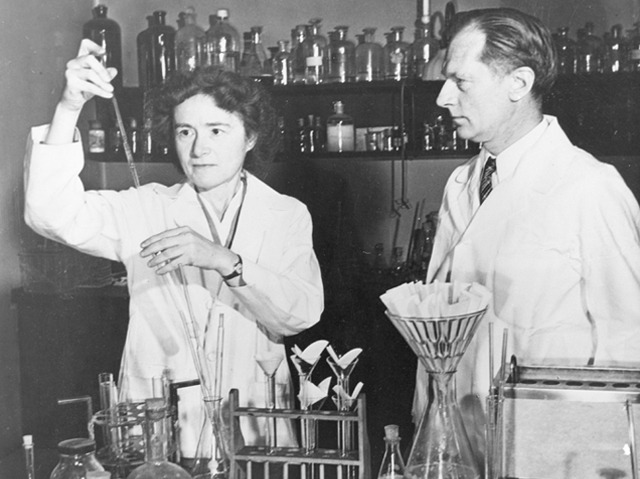 You’re sprinting to catch that bus, but halfway through your legs begin to cramp. Lactic acid is the culprit. Our muscles contain energy stored in the carbohydrate glycogen. Oxygen is used to unlock this energy, but when we don’t get enough, anaerobic metabolism takes hold. Energy is released at the expense of building up lactic acid that causes our muscles to spasm. The acid is eventually mopped up by the liver and converted back into an energy store. This process is called the Cori cycle, named after Gerty and Carl Cori (pictured) who received the Nobel Prize in Physiology or Medicine in 1947 for unravelling it. Since the inception of the prize in 1901, 102 have been awarded, to 199 men and ten women. Gerti was the first of these pioneering women to be recognised for her contributions. Today winners of this Nobel Prize shall once again be announced.