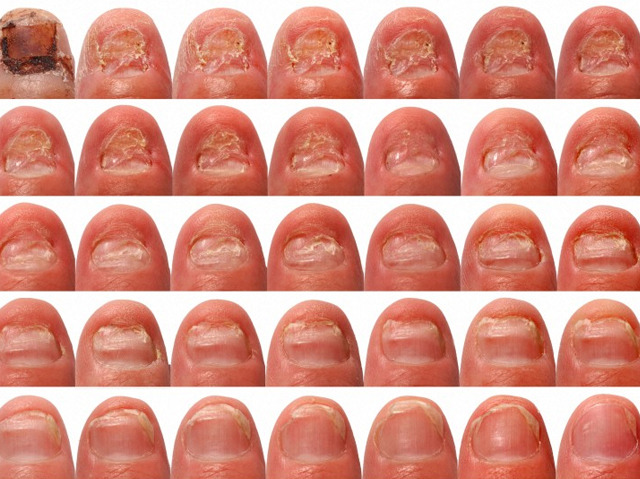 Have you ever wondered how your nails keep growing, even when you bite or bash them? Look at a nail and you will see a white, half-moon near the base known as the matrix. Here new cells are continuously being produced, growing towards the tip, underneath the nail to form a layer called the nail bed. Cells on the nail bed produce keratin, the same hard protein that forms our hair, and the claws, hooves and horns of animals. Keratin-containing cells flatten as they age, then die, and this becomes the hard nail. Nails on the hands protect the fingertips, enhance fine touch, and are used for scratching. This image shows regrowth over six months after the nail had to be removed following a bone injury. The matrix can be seen clearly on the bottom row.