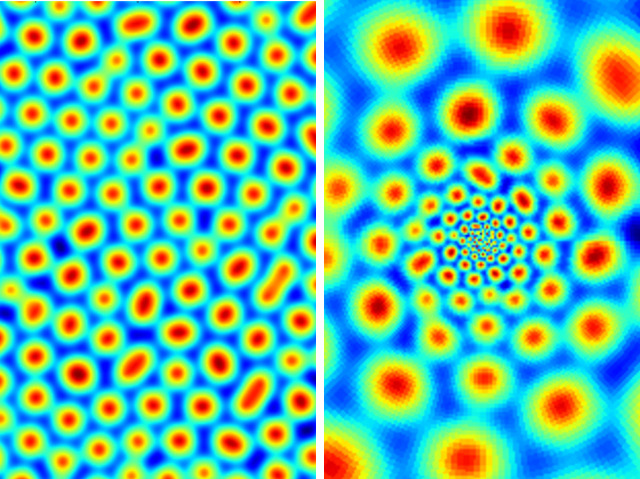 Not everything we ‘see’ is through our eyes. Drugs such as LSD and disorders including epilepsy can cause geometric hallucinations – patterns of spirals, whorls and dots that crowd the visual landscape. Normally, neurons (nerve cells) in the primary visual cortex of the brain process signals from the eyes and translate them into the coherent picture we see in our head. But these neurons can misfire. Since each neuron is linked to its neighbours in a regular way, a regular pattern of activity emerges in the brain. The speckled image (left) shows a CGI map of neural activity in the primary visual cortex, with waves of activity spreading outwards from numerous misbehaving neurons. This neural activity, when translated into a visual picture (right) – becomes a warped spiral shape reminiscent of reports given by sufferers of hallucinations.