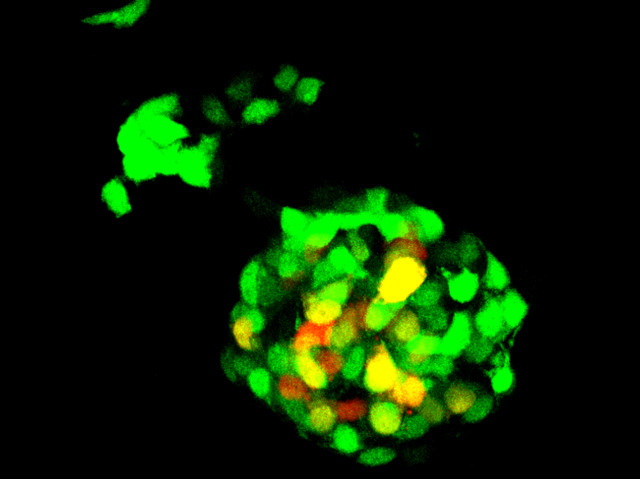 The pancreas is a highly responsive organ. Throughout the day it maintains blood sugar by releasing just the right amount of insulin as glucose levels wax and wane. Its two main cell types produce either enzymes or hormones. Insulin-producing beta cells are formed early in embryonic development in two sequential waves of activity as an embryo develops. Magnified here in a zebrafish embryo, the large cluster of cells (bottom right) will develop first into the principal islet (green cells are immature; ‘yellow’ cells are ‘turning into’ beta cells; red cells are mature beta cells). The smaller cluster (top left) contains only immature cells and will form a subsequent population of hormone-producing cells. This study assessed the role of two genes involved in pancreatic development by knocking them out. Hb9 and pdx1 co-operate in early beta cell formation, while pdx1 is essential for the subsequent generation of hormone-producing cells. 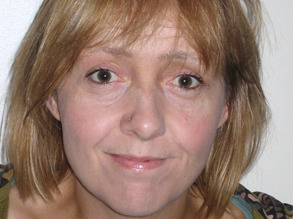