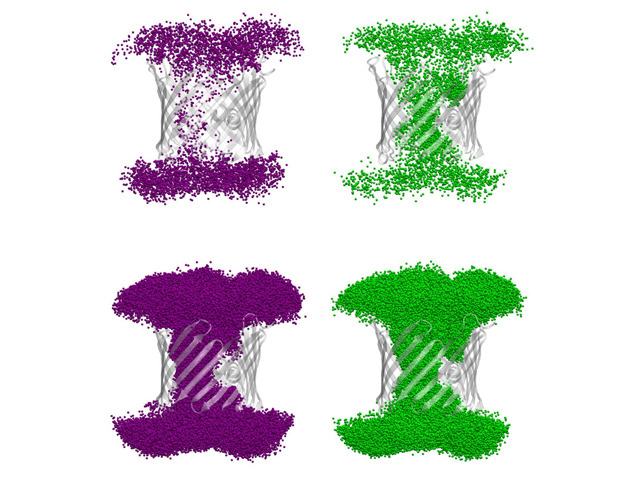 Our cells, like those of other complex organisms, communicate with one another using electrical messages sent through the biological email network known as the nervous system. Generating the electrical charge for these messages requires the protein 'gatekeeper' molecules located in our cell membranes to let a different amount of positive and negatively charged salt ions pass through them. A charge differential then develops between ions inside and outside the cell. When this reaches a certain level, a high-speed electrical impulse is released along a nerve fibre. When the salt concentration inside the cell is high, similar amounts of positive (purple) and negative (green) ions may pass through the protein gate (bottom two images). At lower concentrations (top two images), the protein gate lets more negative than positive ions pass through, and a charge differential builds up across the cell membrane.