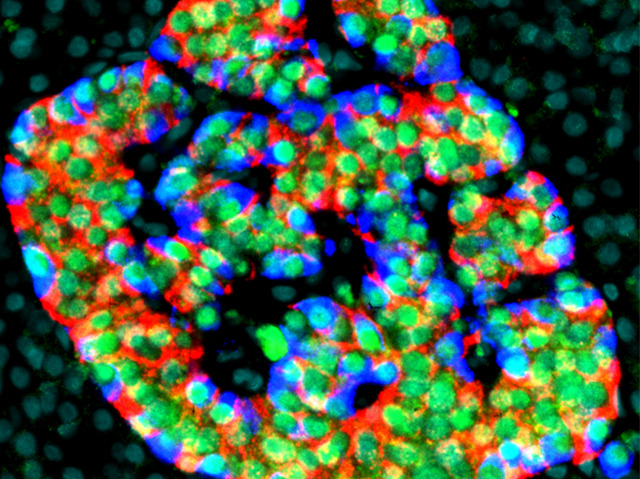 A healthy adult pancreas is a factory of different cell types producing several important hormones. Alpha cells produce glucagon, which elevates blood glucose levels, while beta cells secrete insulin to decrease or regulate glucose. This image shows a section of adult pancreas tissue with insulin stained in red and glucagon in blue. The green spots indicate the presence of MAFB, a transcription factor protein that controls the productivity of specific genes. Scientists are studying these proteins in developing pancreas to find out how precursor cells that co-produce both insulin and glucagon develop into two distinct kinds of mature cell producing only one hormone. Such insight could help steer human stem cells to become insulin-producing beta cells. They would be a potential cure for sufferers of Type 1 diabetes, whose own immune system destroys their beta cells.