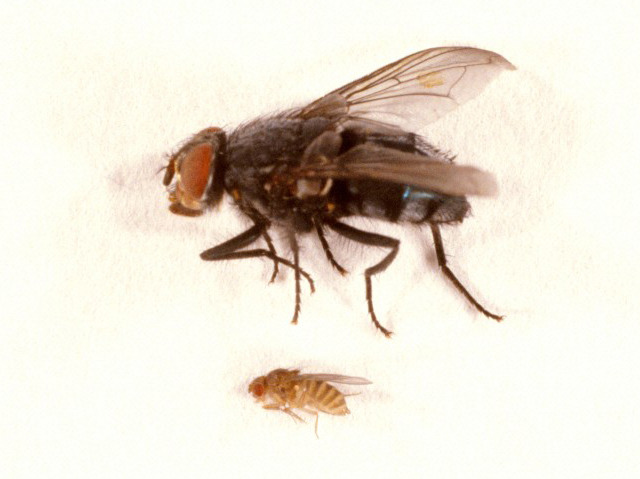 Drosophila melanogaster, the fruit fly, is just 3mm long (here dwarfed by a common housefly), but has been at the forefront of genetic research for over a century, facilitating three Nobel prize-winning discoveries. The flies are easy to look after, thrive at room temperature and have a rapid life cycle. More importantly, variation in heritable traits like eye colour and wing shape can be seen with the naked eye. In the ‘Fly Room’ at Columbia University in 1911 Thomas Hunt Morgan first established that genes are arranged on chromosomes. Drosophila is a popular ‘model organism’ used extensively in genetic, development and cell signalling research. Its genome carries homologues [counterparts with similar DNA sequence] for many human disease genes, so flies can be used to research many human diseases including neurodegenerative disorders, cancer, ageing and diabetes. 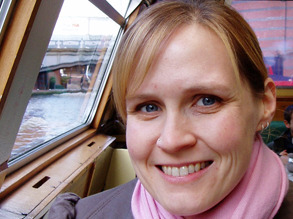