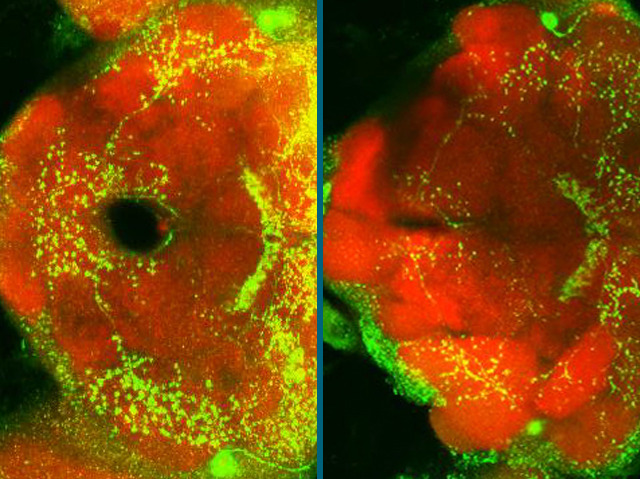 Sex-starved fruit flies are more likely to self-medicate with alcohol than their sexually sated peers. Scientists separated male flies into two groups. One was allowed to mate freely, while the other group was prevented from having sex. Compared with the sexually satisfied males, the deprived individuals were more likely to feast on food laced with alcohol. Here we compare sexually inactive fly brain (right) with that of a mated fly (left). The sexed up brain shows higher levels of a neurotransmitter called NPF (shown in fluorescent green), which acts like a chemical reward. The mammalian equivalent of NPF is already known to play a role in regulating alcohol consumption. Levels of the human neurotransmitter are also affected by stress and depression. The researchers hope the findings will aid understanding of human addiction.