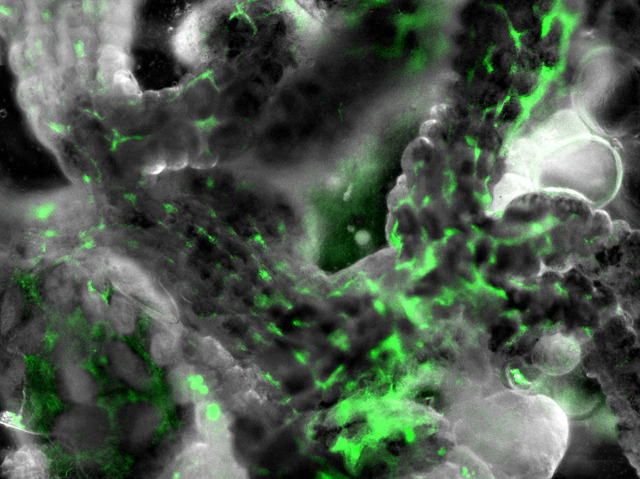 With the approaching summer weather, blood-sucking ticks are gearing up in forests and heaths to prey on unsuspecting ramblers and dog-walkers. An estimated 0.5% of ticks in England and Wales are infected with the Lyme disease-causing bacterium Borrelia burgdorferi, pictured here (in green) deep inside the gut of a tick. The corkscrew-shaped bacterium was discovered thirty years ago by Willy Burgdorfer when he noticed movements inside the tissue of dissected ticks. Britain has until now been spared the epidemic levels of Borrelia infection seen in parts of continental Europe and North America, but climate change and increased travel may have introduced infected non-native ticks. Cases of Lyme’s disease have trebled from 2003 to 2010 (to 905). Underreporting due to lack of awareness could mean the real figure is closer to 3,000.