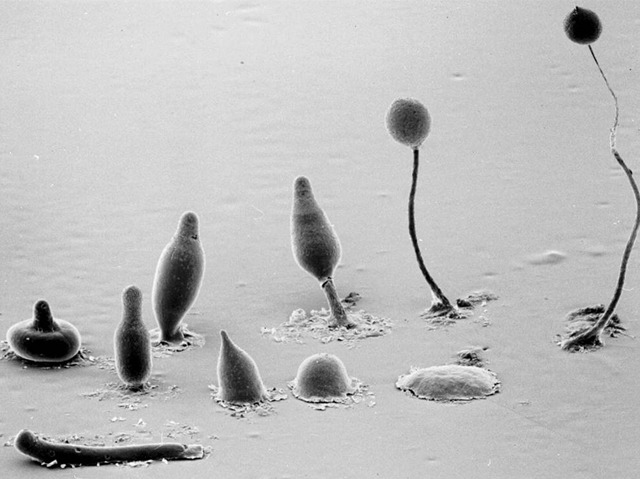 Dictyostelium discoideum or slime mold, is an amoeba; a single-celled organism, which spends most of its life on a diet of soil bacteria. Faced with famine, it has the unusual ability to form a ‘social’ structure to escape starvation. Amoebas clump together to form a 'slug' (bottom, left) that moves towards light. When the slug stops the cell-collective forms a fruiting body (far right), in which some cells die causing their companions to distribute widely (sporulation), in search of a better place to live. Dictyostelium is also a useful model organism. Many aspects of cellular biology in scenarios of health, disease and development depend on the ability of individual cells to communicate with their neighbours like these amoebas do. Many slime mold genes have human counterparts, so this amoeba can be used to investigate genes and test drugs of potential benefit to human health. 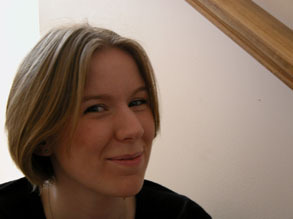