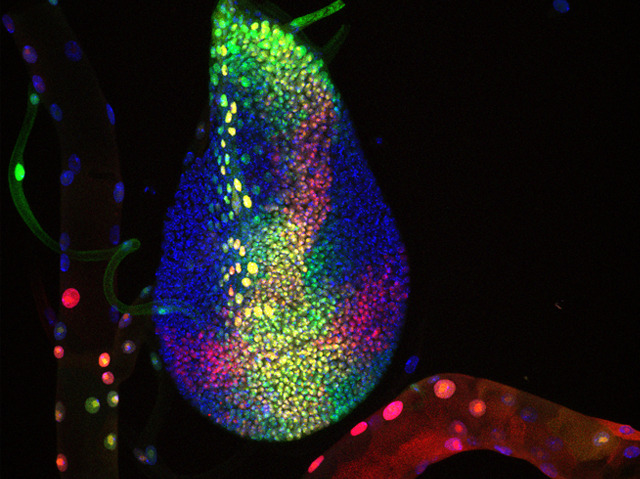 As a three-day-old fruit fly larva starts its transformation into an adult, important changes are going on beneath its skin. This raindrop-shaped structure is the nascent wing, forming from a tiny pocket of cells (stained blue) as they grow in a carefully coordinated fashion. Cells containing a chemical messenger called dpp have been labelled with green fluorescent protein. Dpp helps to control how the wing takes shape, accumulating in a narrow band down the middle to divide its anterior [front] and posterior [back] ends. And it tells nearby cells to ‘switch on’ genes (stained red), which control the development of different parts of the wing. Scientists recently discovered that another protein – called pent – makes sure different parts of the wing grow in proportion with one another.