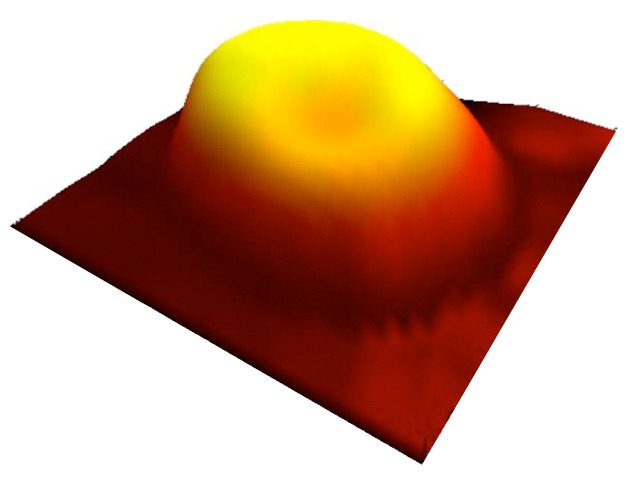 Healthy blood cells take the form of round concave discs. An inherited mutation can, however, cause a proportion of them to develop into sickle-shaped cells. Individuals who inherit the sickle-cell gene from both parents suffer severe anaemia and have a shorter life expectancy. Getting the gene from only one parent, comes with the advantage of resistance to malaria, so the mutation is quite common in West Africa. So-called ‘carriers’ have a much smaller proportion of distorted red blood cells, which the parasite cannot easily infect. However, the flipside is a risk of collapse, or even sudden death, when performing strenuous physical activity. Rising adrenaline levels can cause sickle-shaped cells to clump, blocking blood flow to vital organs. This topographic image of a red blood cell from a carrier was created using atomic force microscopy. Finding causes of potentially fatal red blood cell clumping opens the field for new treatments.