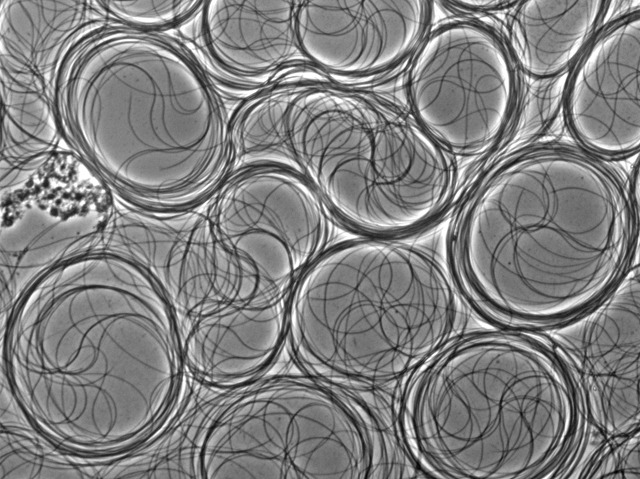 We can learn a lot from the fruit fly, Drosophila. A distant relative of ours, around 50% of fly genes have a counterpart, in our own genome. Scientists often use the inner workings of fly cells as biological models for our own. This picture shows Drosophila sperm cells with tails. Their long tails or flagella, curl around in circles. Scientists have no idea why fly sperm need tails up to six centimetres, since this is 20 times the length of the fly itself. The picture was taken using phase contrast microscopy, which is sensitive to the way light bends around invisible structural details, allowing the flagellar wake to be watched in real time. Observing sperm motility allows researchers to assess the function of different genes in fly fertility, and often to infer crucial roles for corresponding genes in human reproduction too.