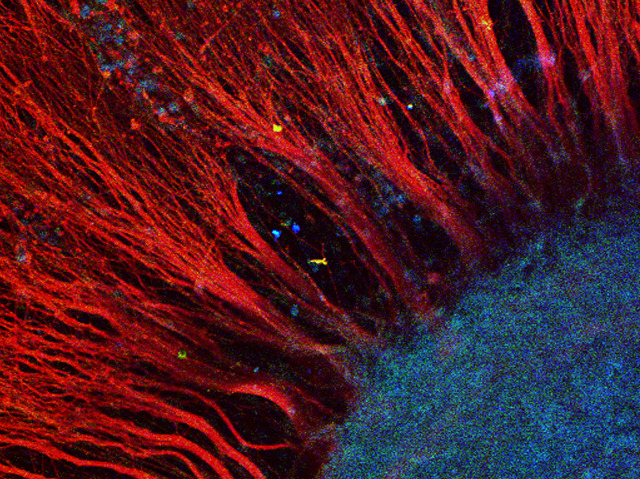 The term stem cell was first used in the 19th century to describe the Darwin-esque evolution of multicellular organisms over millions of years. Today the term is used to reflect the evolutionary-like moulding that transforms a naïve cell into a mature committed specialist in a matter of days. Stem cells respond to chemical signals in their immediate environment prompting them to mature or differentiate, into specialised cells across our bodies. Organs can avail of part-mature stem cells locally to repair damaged tissue. This ball of neural stem cells (a neurosphere, with its DNA stained blue) has received the chemical cue to differentiate into neurons. After 45 days, the newly-transformed neurons (stained red) branch out in all directions. One day soon stem cell therapy could help reverse the damage done by Parkinson’s or Alzheimer’s.