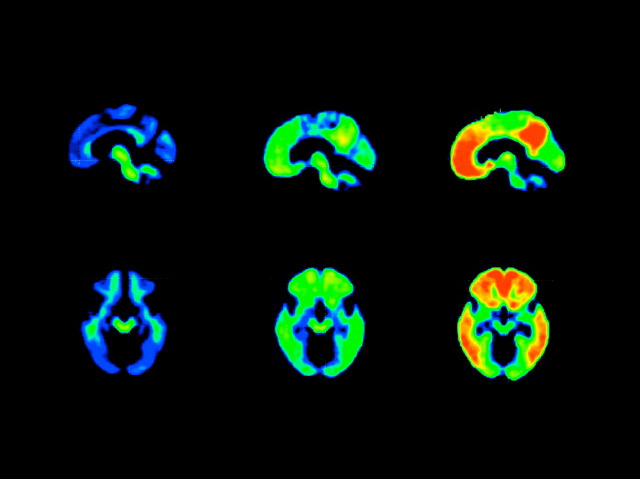 During Alzheimer’s disease, a substance called beta amyloid clumps together in the brain forming plaques, which block the circuitry. These changes in the brain often begin long before patients become confused and forgetful. Over a century since its first description by German psychiatrist Alois Alzheimer – born this day in 1864 – scientists are striving to improve early diagnosis. Pictured are brain scans from elderly individuals given a radioactive tag that homes to beta amyloid. In healthy brains (left), there is virtually none (blue). But in full-blown Alzheimer's (right), a high density of plaques light up in orange and red. Some individuals (middle) don't yet display any outward signs of dementia, but an increase in green reveals a worrying accumulation of beta amyloid. Earlier discovery of Alzheimer's could mean patients will get more benefit from drugs that delay its progression.