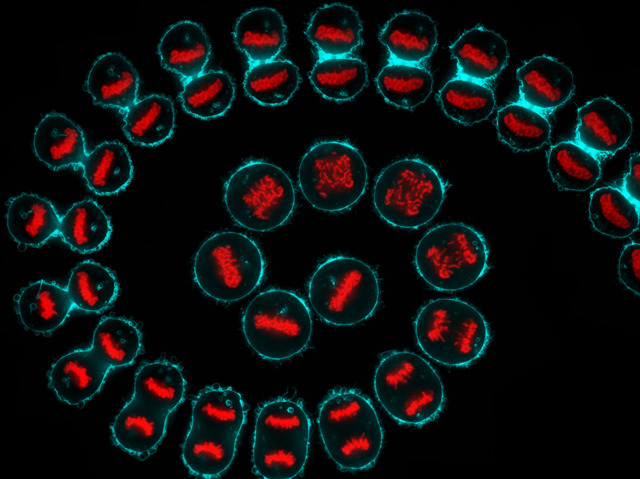 New cells don’t just appear from nowhere but are produced by an existing cell splitting in two. This underpins all life as we know it, from the division of a single fertilised egg cell, kick-starting the process that will ultimately produce a baby, to the rampant growth of bacteria and cancer cells. This time-lapse collage reveals a living cancer cell dividing over roughly half an hour, magnified 150 times. The cell’s DNA - its genetic instructions - is dyed red while the flexible membrane surrounding it is stained blue. Starting at the centre of the spiral, the DNA is copied then split into two equal ‘helpings’. Gradually the cell membrane stretches and pinches between them, creating two new cells where only one existed before. After a short rest the cycle begins again, creating thousands of cells in just a few days.