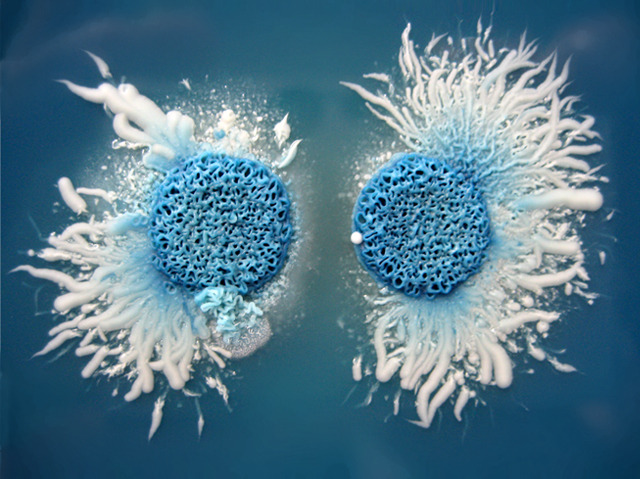 The fungus pictured will be familiar to most women, if not by its scientific name, Candida albicans, then by its more common moniker, thrush. This little organism commonly causes vaginal infections. But it can also affect the mouth, especially in babies, elderly folk and the immunologically compromised such as people with HIV. Scientists have recently identified a crucial protein in the fungus that serves two opposing functions in such oral infections. It enables Candida to control the acidity of its environment, allowing fungal colonies to form the halo of hyphae (shown in white) necessary for penetrating the lining of the mouth. However, the protein also makes the fungus more susceptible to a natural salivary antiseptic, which in healthy people helps prevent infections from occurring in the first place.