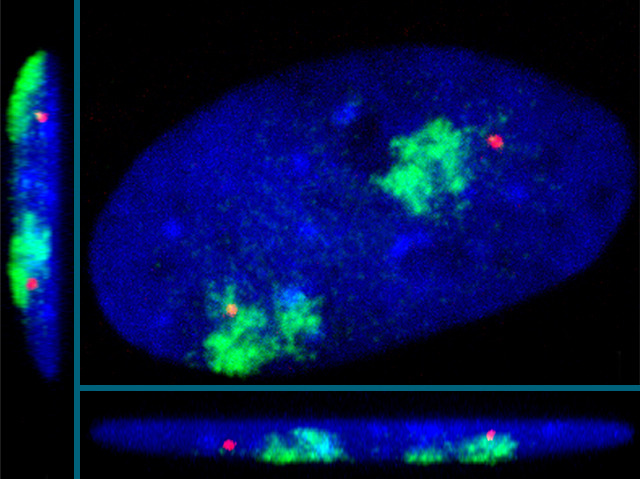 Inside the nucleus (seen here from above and sides, dyed blue) – the home of chromosomes in the cell – long stringy molecules of DNA are not loose and intermingling like spaghetti in a bowl, but in relatively separate territories. The two territories of human chromosome 11, one each from mum and dad, are shown here in green. Scientists have discovered that genes, encoded in short stretches of the DNA, can be differently positioned within their chromosome territories depending on their activity. For example, the two copies of the CCND1 gene (shown in red) on chromosome 11 tend to differ in their activity and their positions. One is bundled into the territory (red dot within the green), the other stretched out on a loop of DNA (red dot just outside the green).