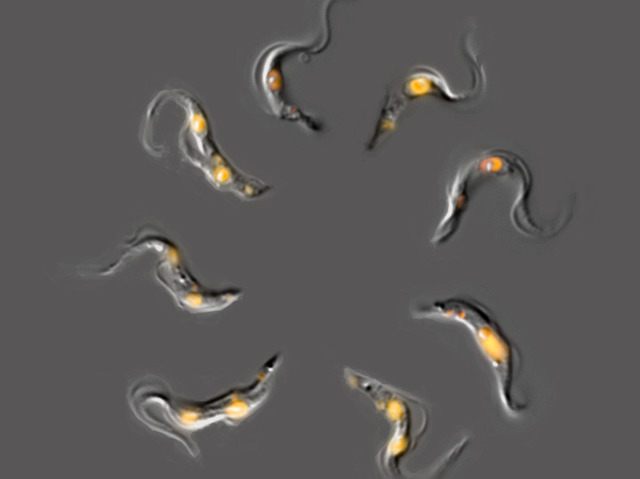 ‘Sleeping sickness' really doesn’t effectively describe the severity of the disease caused by Trypanosoma brucei. The parasite is injected into the bloodstream by a biting insect. Anaemia soon results before T. Brucei spreads to the central nervous system, disrupting brain function and sleeping patterns. While it is a single-celled organism, the parasite shares many aspects of cell division with multicellular organisms like us. Here it is shown at different stages of a ‘hybrid’ cell division. DNA (orange spots) is found in two locations within the trypanosome. As with our cells, most of the DNA is wrapped up in the cell’s nucleus (large orange spots), but a few genes (small orange spots) are also found in energy generating structures – mitochondria. The parallels between host and parasite biology may be relevant to the design of therapies for the potentially fatal sleeping sickness.