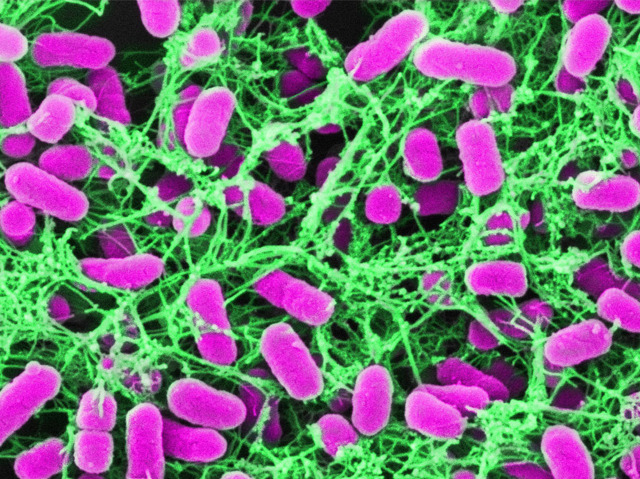 Defending ourselves against infection is a constant challenge that requires a gamut of bodily resources. These range from physical barriers such as skin – our biggest organ – down to microscopic immune cells and sub-microscopic proteins like defensins. Unlike most defensins that latch on to invading micro-organisms and kill them by puncturing their cell walls, one kind called HD6 (shown here in green, using colour-enhanced electron microscopy), casts a fibrous net that entangles bacteria (coloured purple) and other invaders stopping them in their tracks. HD6, produced by specialised cells in our gut, locks on to the potential intruder and acts as an anchor for more HD6 to join forces and self-assemble into a complex ‘nanonet’. People who fail to produce sufficient defensins in their intestines are more susceptible to infection and may be more likely to develop inflammatory bowel disease.