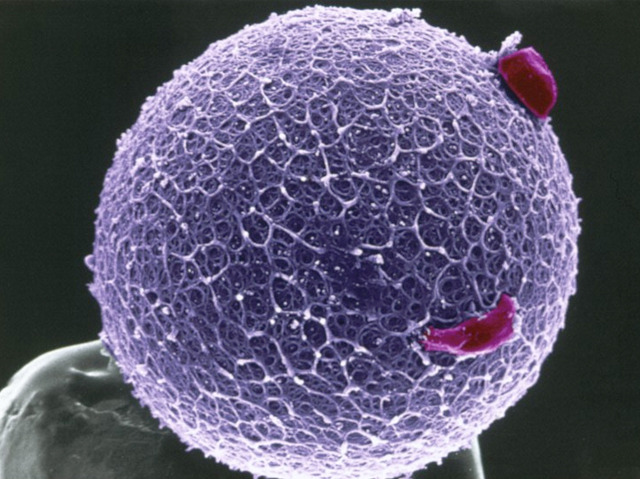 Most women would be extremely surprised to conceive over the age of 50, although reportedly it happens, even without IVF. Are there facets of our reproductive biology that we don’t yet understand? For the last half century, it has been widely accepted that women are born with all the eggs (human oocyte pictured) they will ever possess. The store gradually depletes as they get older, and no more are produced. Several recent studies, however, yielded evidence to counter this long-held belief causing understandable excitement. Scientists first discovered that ovaries from adult mice could produce fresh oocytes, and later cells with similar qualities were extracted from the ovaries of middle-aged women. Keen to clarify the situation, a recent study exploring the alleged egg-producing stem cells in mice has not sustained these hopeful claims, and the publication has poured fuel on the fire of an already controversial field of research.