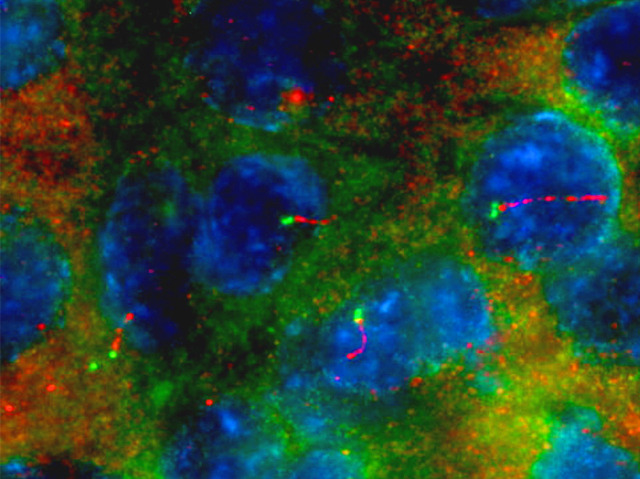 For a century after their discovery in 1898, the whiskery cilia that protrude from almost every cell in our body were a mystery to scientists. Many believed they were a vestige of evolution and served no useful purpose, rather like our appendix. We now know that the primary cilium – most cells have just one, although some specialised cells have many cilia – is a highly sensitive antenna. Receptors on its surface detect chemicals produced by our bodies and pressure changes in tissues so that the cell knows how to behave to maintain our bodily functions. Here, we see primary cilia (stained red) on cells from the kidney of a mouse. The bright green dots mark centrioles, which help tether the cilia to the cell surface and provide a connection with the inside of the cell, where the nucleus (shown in blue), can receive messages and control the cell’s functions.