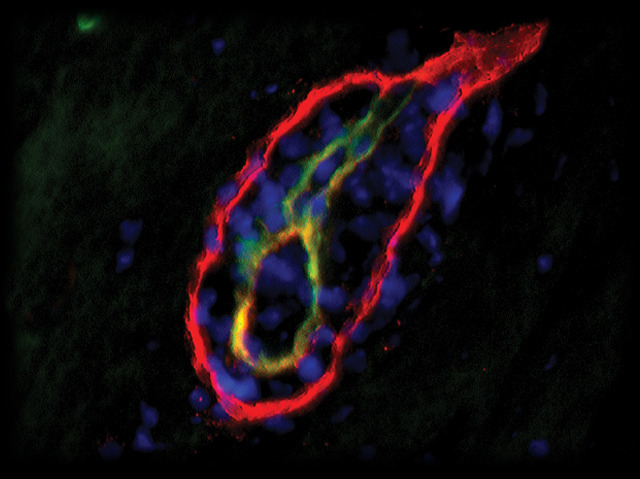 Like marines called in to regain control of occupied territory, T-cells zip along in the blood stream to areas of stress in a body’s tissues. Here we see a teardrop-shaped slice through part of a mouse brain with a disease similar to multiple sclerosis. The nuclei of these brain cells are artificially stained blue, while a red stain marks the outside edge of the tissue. T-cells travel to the diseased brain tissue via the blood vessel (seen in the centre of the slice, stained yellow). ‘Landing beacon’ chemicals called ligands at the vessel’s edge are recognised by the T-cells’ hook-like adhesion molecules. Once attached, the T-cells penetrate into the tissue. Researchers believe that in this particular disease these T-cells could in fact be making matters worse. Blocking their entry to the blood vessel could be a way of slowing the tissue damage.