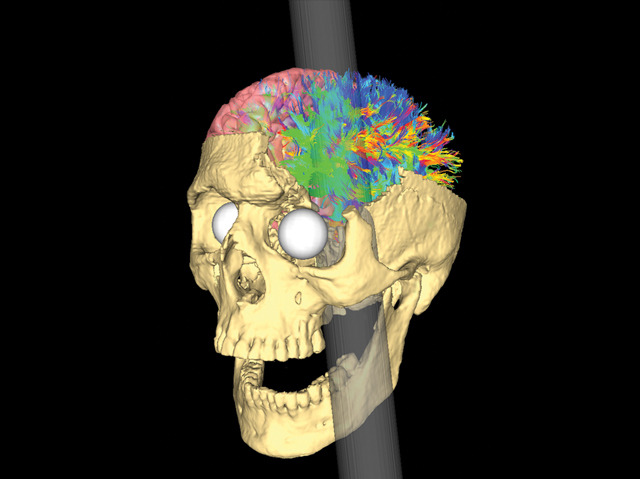 What makes a nice guy so nice? Neuroscientists suggest it could be the way their brains are wired. One of history’s most famous cases linking our brain to our personality was that of Phineas Gage. In 1848 Gage was involved in an accident that shot an iron rod through his head, severely injuring his brain. Gage survived but was left a more aggressive and rude man; changes doctors broadly attributed to brain damage. The case of Phineas Gage has now been resurrected using new technology to precisely track the trajectory of the iron rod (pictured) and create a ‘connectome’ of Gage’s brain to map all the connections between his neurons [nerve cells]. Researchers identified a significant loss of connections extending beyond the immediate injury site that may finally explain the extent of Gage’s behavioural changes.