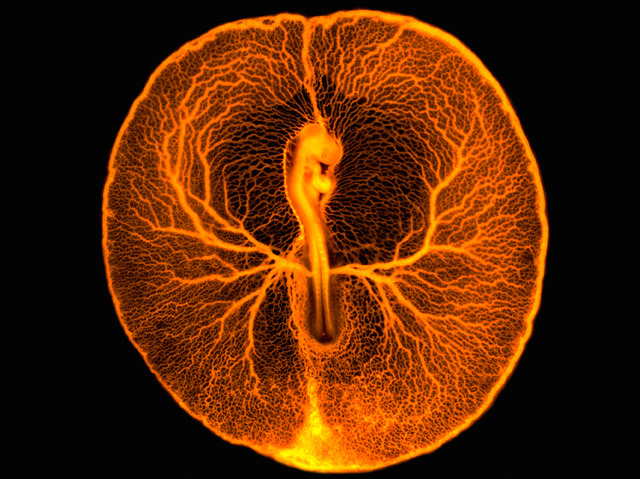 To biologists chicken eggs offer more to crow about than just breakfast. Neatly encapsulated in an eggshell, once fertilised inside the hen by sperm from a rooster, they become a laboratory model of embryo development. For a growing chick the first concern is food and, like us, it gains sustenance from the yolk. Nutrients from the egg yellow are transported to the chick in blood vessels, which sprout independently from the yolk and from the chick. With a fluorescent dye each blood network becomes visible (pictured). The bright reversed question mark in the middle is the chick, and the lacy circle surrounding it, the yolk. At this stage, the two networks have joined up and the heart, already fully formed, starts pumping. This chick-in-an-egg model also provides clues on how human cancers acquire a blood supply to sustain them and help them spread.