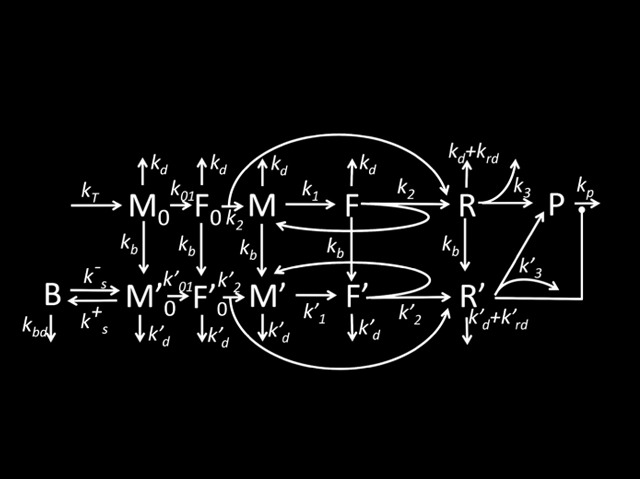 Many biologists don’t like maths, but most would concur that with the increasing bulk of biological data being churned out of biological research labs, mathematical tools are key to answering fundamental questions about how complex systems work. Mathematicians have recently come up with a unifying model (pictured) to clarify the function of microRNAs. Discovered over a decade ago these tiny (21-23 nucleotide-long) strands of RNA [genetic code transcribed from DNA] play a role in modifying the speed at which genes are translated into proteins. Molecular biologists have discovered at least nine different mechanisms by which microRNAs do their job. So which one is the main method? Mathematicians hope that their unifying model might help biologists to resolve some of the conflicts arising from the publication of experimental evidence.