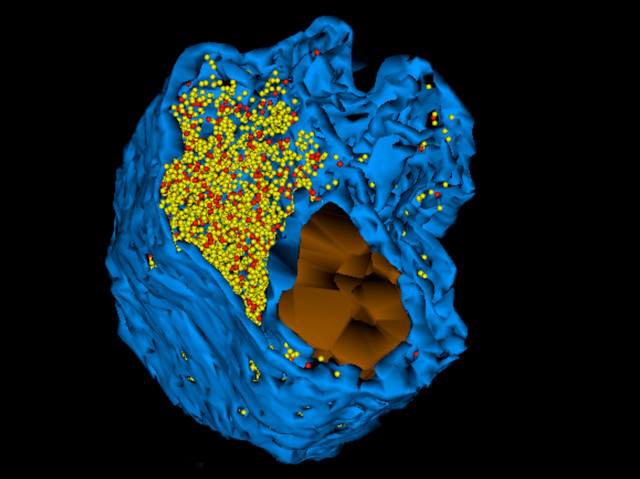 It’s all you can think about. It tingles and tickles and irks you to no end. It’s that itch you know you shouldn’t scratch, because if you do you’ll be scarred for life. Chicken pox. If you haven’t had it yet, chances are you will someday. This highly contagious infection is caused by the varicella zoster virus. Once it infects our cells it launches a cunning plan of attack, sneaking into the command centre of the cell (the nucleus) and hijacking our own machinery to replicate itself. Thousands of viral particles can fill a nucleus before they exit to have the rest of their parts assembled and launch another attack on the next unsuspecting cell. Using a novel technique, based on scanning electron microscopy, scientists have captured in 3D the distribution of thousands of viral particles (shown false-coloured yellow and red) crammed into an infected nucleus (coloured blue).