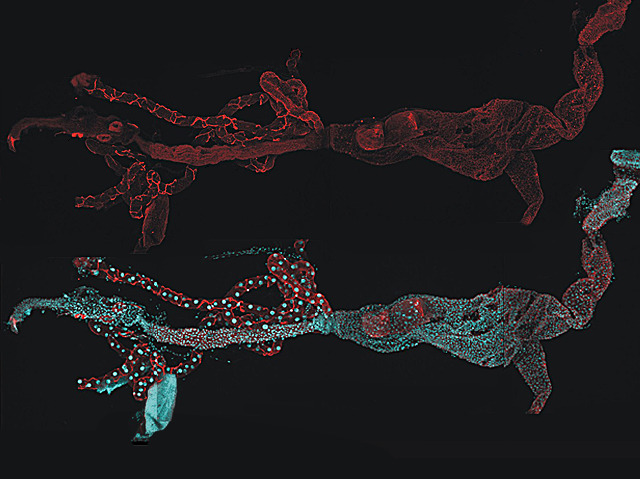 Tiny but lethal, mosquitos cause 80,000 deaths from malaria every year. But their small size can cause these pests problems of their own. After a meal mosquitos must quickly lose water – ingested blood bloats and slows them making them susceptible to attack. On the other hand their hot habitat could rapidly dry them out. To regulate vital water reserves they rely on aquaporins, proteins that span cell membranes, acting as passages through which water can enter and leave cells. Found throughout the body, here aquaporins (shown in red) are seen in a mosquito’s digestive and excretory system. In the upper image they are shown alone; in the lower they are seen alongside the mosquito’s cells (in blue). Researchers hope that learning more about these proteins will provide a way to disrupt the insects’ internal water regulation, helping to control their spread, and therefore that of the malaria parasite they carry. 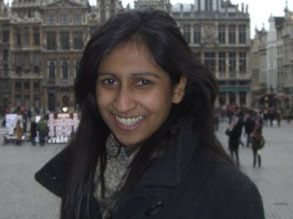 Manisha Lalloo is a London-based science writer and communicator. Having studied chemistry, her work has taken her into physics, computing, engineering and beyond. She has a particular fondness for exploring science through craft.