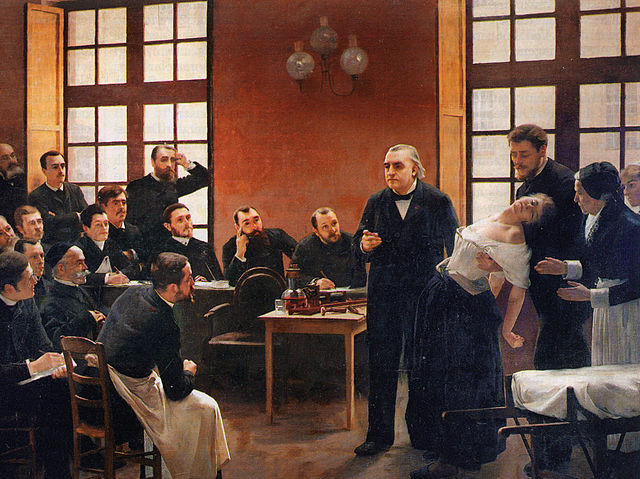 Once a widely recognised ‘neurological condition’, clinically, the term ‘hysteria’ has nearly fallen into disuse altogether. Even if a doctor were to consider it, they’re unlikely to arrive at the diagnosis by attempting to hypnotise their patient. So it might come as a surprise that Jean-Martin Charcot, who is depicted demonstrating exactly that, is considered a founder of modern neurology. However, Charcot – born on this day in 1825 – lived in a time when neurology wasn’t recognised as a distinct speciality. And though his ideas on hysteria didn’t withstand the test of time, much of his other work has. By combining careful observations of his patients with autopsies after their death, Charcot provided descriptions of numerous conditions including multiple sclerosis. This allowed for precise classifications, which were crucial to neurology becoming a fully-fledged field of study.