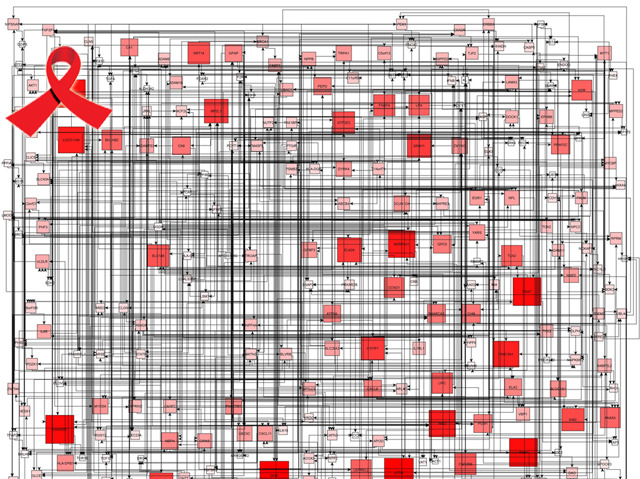 Though this crisscross might resemble a somewhat strange tablecloth, it’s actually a map of gene interactions in an HIV infected cell. More specifically it’s a gene network found in the cells of certain so-called ‘elite controllers’. This fortunate group of people remains healthy for years on end despite carrying the virus. Understanding how the cells of the 1 in 500 who are naturally resistant halt HIV could provide clues for finding methods to also stop disease in those who aren't elite controllers. Starting from the activity levels of different genes, scientists used clever reverse-engineering software to generate the map seen here. The lines show which genes (red squares) influence each other. In addition, size and brightness indicate which ones act as important ‘bridges’ connecting different clusters of genes. This way, scientists can pinpoint which genes might be good candidates for further investigation.