International Day of Persons with Disabilities 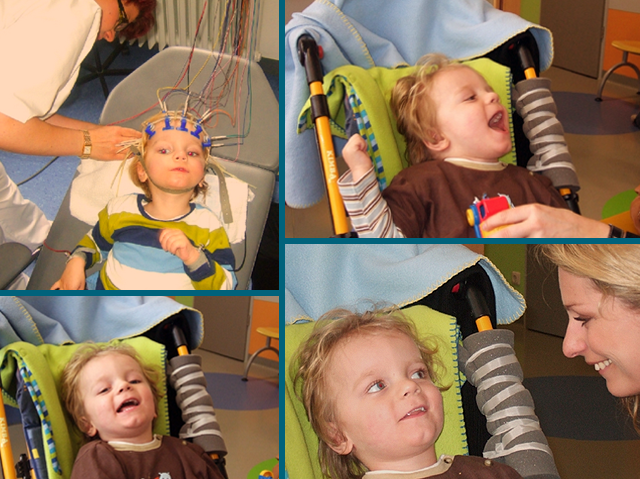 A child’s smile is one of life’s greatest joys but here it’s being used to measure the success of a pioneering therapy for cerebral palsy – a condition caused by damage, during early childhood, to those areas of the brain that control muscle movement and balance. There is currently no cure although treatments like physiotherapy can help. Researchers gave this child, who was previously unable to smile or respond to the world around him (top left), a blood infusion – like a transfusion but using his own blood taken from his umbilical cord. This ‘cord blood’ is rich in stem cells, which have the capacity to replace damaged tissue. The boy’s subsequent improvement was remarkable, much better than expected with physiotherapy alone. He is the first child ever to receive this new treatment and many questions about its safety and effectiveness remain to be answered before it becomes a mainstream treatment.