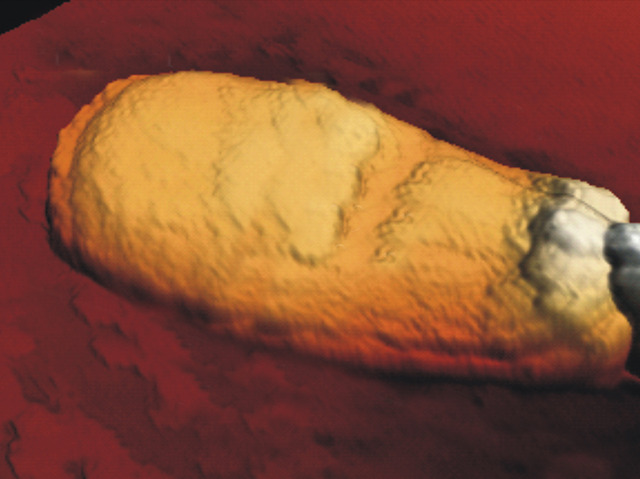 This bull’s sperm may hold the key to choosing the sex of our future babies. Its head – roughly 10,000 times smaller than a cotton bud – contains an X chromosome, with genes destined to produce female offspring. The sperm’s surface has been mapped out in 3D using atomic force microscopy, which traces minute bends and dips to reveal hidden details. Comparing groups of features like ‘roughness’, ‘roundness’ and ‘circularity’, it’s possible to tell ‘female’ sperm from ‘male’ ones (containing a Y chromosome). This new method might one day improve ‘sex sorting’ in humans, where sperm can be selected to avoid hereditary, sex-specific diseases. Using sex sorting simply to allow a couple to predict or choose their baby’s sex is controversial, yet as potential boys and potential girls become easier to spot under a microscope it raises an interesting question – if you could choose, would you?