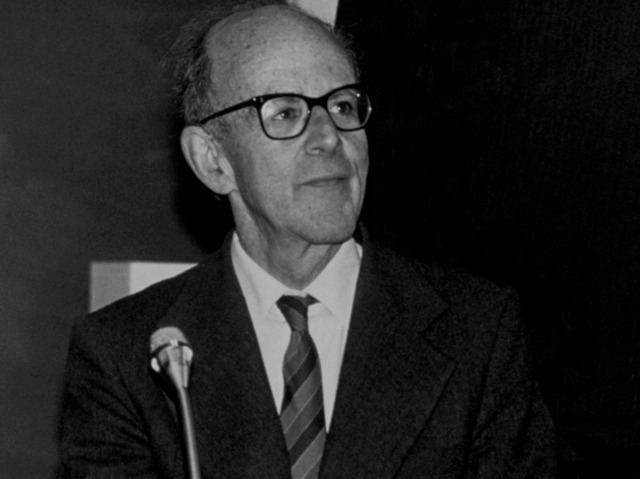 Form follows function. The way something works is intrinsically linked to the shape it takes. Haemoglobin – the molecular messenger bags used by red blood cells to courier oxygen around the body – is no exception. Max Perutz – born on this day in 1914 – developed a technique to reveal haemoglobin’s structure, and in the process became a founding figure of the emerging field of molecular biology. The X-ray crystallography techniques of the early 1950s, based on firing X-rays at a molecule and observing how they reflect off, couldn’t handle a molecule as complex as haemoglobin. But by adding a heavy metal atom to the protein Perutz solved the problem: the resulting change in X-ray behaviour could be interpreted to explain the molecule’s 3D structure. This revelation on how to determine the structure of proteins won him a share of the Nobel Prize for Chemistry in 1962.