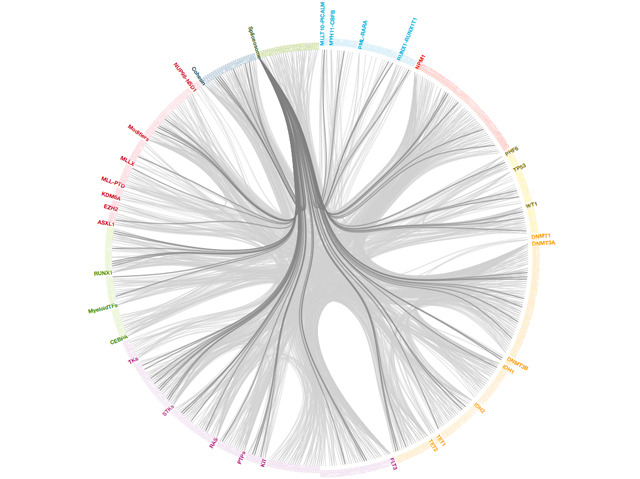 To cure a disease you need to first understand its cause. Cancers come in all shapes and sizes, but genetic mutations – a few small changes in pivotal DNA sequences – play a role in almost every case. Acute myeloid leukaemia (AML) is an aggressive cancer of the blood that kills thousands of people worldwide each year. In a bid to understand what genes might be sparking the disease, scientists sequenced the genomes of over 200 AML patients, comparing the genetic sequences in their cancerous cells with those in their healthy cells. The result? A list of which genes and pathways contribute to the cancer. In this interactive graphic each dark line represents a single patient, connecting the mutations that appear in their cancer and revealing which mutations are most common. By identifying the genes that commonly cause the cancer, the researchers hope to dig up new ways to fight AML.