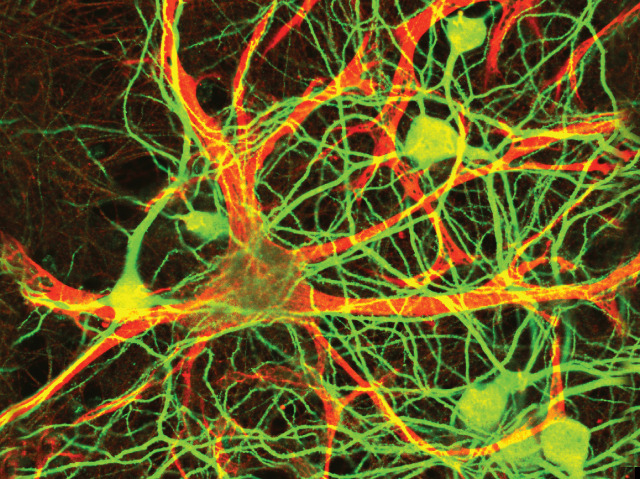 For decades, scientists around the world have studied cells growing in the lab as an alternative to using animals – a technique known as tissue culture. But some types of cells, such as nerves cells (neurons) deep in the brain, don’t grow happily in the unfamiliar and unrealistic environment of a plastic Petri dish. To get round this problem, researchers are developing complex techniques that ever more closely mimic the conditions of the cells’ original home. This tangle of fibres is a group of nerve cells from the hippocampus – part of the brain involved in memory – growing in the lab. Reassuringly, the cells are making plenty of connections between each other, as they would do in the brain, and can be kept alive for several months. This new approach will allow researchers to study some of the processes involved in memory and diseases such as Alzheimer’s more easily.