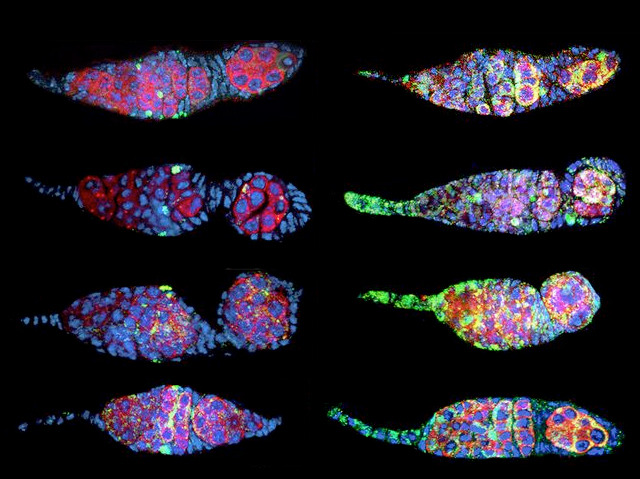 Bacteria can be good for your body and it’s the same for creepy crawlies. Wolbachia, a common type of bacteria affecting the insect world, boosts the immunity of some species it infects. Understanding more about this symbiotic relationship could provide a means of preventing mosquitos from catching – and transmitting – deadly human diseases such as malaria and dengue fever. In a recent study of fruit flies, scientists made an important discovery. They found that Wolbachia targeted areas, or niches, of females' ovaries that store stem cells – a tactic that explains the bacteria’s success at infecting genetic material passed from females to eggs and larvae. These eight images of ovarian stem cell niches from various species of fruit fly, show how Wolbachia bacteria (stained green) have colonised different areas and were more successful in some than others.