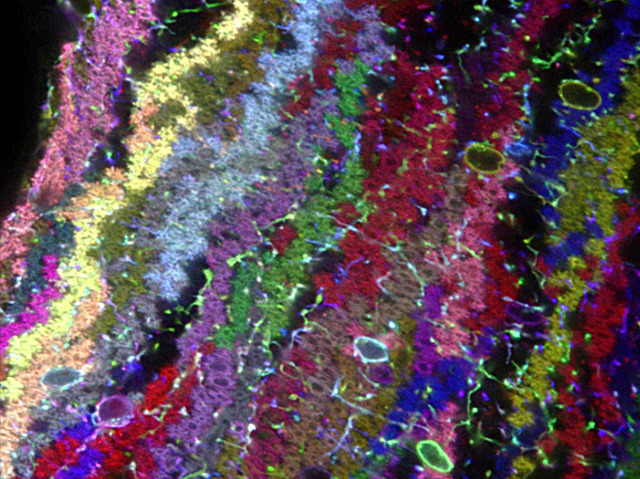 Brains are intricate networks of long, thin nerve cells (neurons). Even mice, with less complex brains than humans, have around 75 million neurons. To help analyse their structures in detail, researchers have engineered a gene called Brainbow, which makes neurons take on a random hue from a selection of over 90 possible colours by producing different combinations of fluorescent proteins. In Brainbow mice, the variety of colours makes it much easier to distinguish neighbouring neurons, and in particular the tiny dendrites that branch from them. Recent modifications to this technicolour gene mean that it’s now possible to control when and where it's expressed. Here viruses have been used to insert Brainbow into the cerebellum, adding colours to the neurons of a fully-formed brain. Besides being eye-catching, this kind of research is helping to unravel the brain's tangled network of connections.