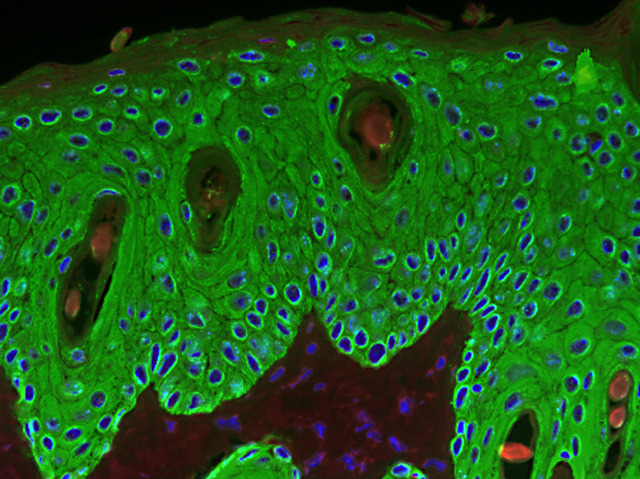 Skin cancer occurs when skin cells divide and grow uncontrollably to form tumours. Rho proteins – which help to control the life and death of cells – are thought to play a key role in this process, but it‘s not been clear what kick-starts them. To get some answers scientists worked with mice genetically engineered to lack two proteins called vav2 and vav3. When normal mice were repeatedly slathered in cancer-causing chemicals, their skin cells (shown in green) grew and divided like crazy. But in vav-deficient mice, cell proliferation was dramatically reduced, suggesting that vav proteins switch on Rho activity and play a key role in tumour promotion. Although there are likely to be more proteins involved, the results suggest that vav could be a target for new skin cancer treatments.