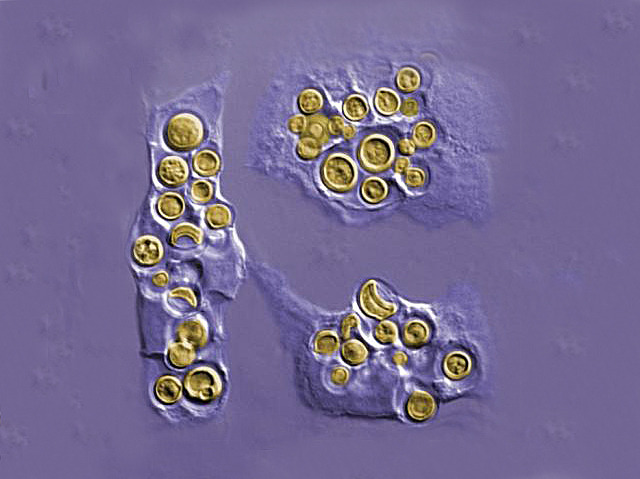 In 1999, a dangerous new strain of the disease-causing fungus Cryptococcus gatti emerged on Vancouver Island, Canada. Several highly virulent strains have since emerged in the northwestern United States, causing serious illness and occasionally death. These outbreak strains are particularly menacing due to their unusual ability to survive and rapidly reproduce inside immune cells that engulf them (pictured). Now, researchers have demonstrated that the genes conferring such traits are easily passed to offspring when the two parent strains are closely related, but those genes are much less likely to be transmitted when the parent strains are distantly related. And although most organisms inherit mitochondrial DNA from one parent, researchers found that offspring of outbreak strains can inherit mitochondrial genes from both parents. This means the fungus can shuffle and recombine its mitochondrial genes as well as its nuclear genes, potentially making it easier to spontaneously develop disease-causing traits.